Kedai Kepo
Monday, February 10, 2020
Facebook Twitter Telegram
Behind her small body, adorable face and soft skin, there is a myriad of interesting facts that many people rarely know about newborn babies, perhaps the mother herself does not know either. What are those? 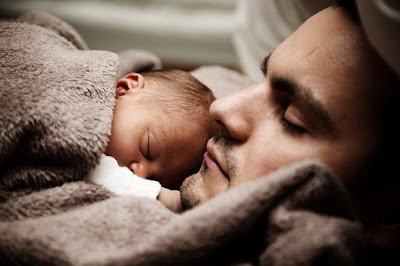 When a newborn is born, the baby cries without tears.
Newborns do not produce tears until a few weeks of age. This happens because the tear glands have not fully developed. After about 2-3 months, the baby cries with tears. Because at that age the baby's tear production is increasing.

Newborns have birthmarks.
In general, each newborn has at least one birthmark. This is not a disorder, but it is normal. About 80 percent of babies are born with birthmarks. Birthmarks occur when small blood vessels under the skin widen during childbirth. Birthmarks appear in various shapes, colors and sizes. Usually, this birthmark will disappear on its own when a child is three years old. But some birthmarks will persist, even expand.

Newborns have 300 bones.
Unlike adults, the number of bones in a newborn baby is 300. But as we age, the number of bones decreases to 206 because several bones have merged. For example, a baby's skull has several soft bones that overlap during childbirth to make it easier for the baby to leave the mother's vagina. Before the skull grows fully, it is just a slippery and sensitive area.

Newborns have no kneecap
Babies are born without having a kneecap. Babies only have cartilage on their knees before the kneecap finally appears at the age of six months.

Newborns can already hear, smell and see well
At birth, the baby's ability to listen is not perfect, because his middle ear is still full of fluid, which slightly interferes with hearing. But the baby can recognize the mother's voice, the voice that is always heard most clearly when the baby is still in the womb. Therefore, babies respond better to their mother's voice than the voices of others. Sleeping newborns can recognize the mother's voice in a single word and can activate the brain associated with language skills.

Even the smell will increase at this stage. But his eyesight is not too good. Newborns have myopia. A new baby can see objects or anything within 8 to 12 inches of it. This is because the baby's brain cannot process information about 8 to 15 inches. A baby's brain contains about 100 billion neurons, so they pay attention to everything around them. It takes several weeks for the baby to distinguish visually between his mother and other adults.

A newborn baby has breasts and has an erection.
A baby is born with a slightly swollen breast. This is because the baby receives the intake of female hormones from the placenta before birth. This also happens to newborn girls.

Male babies may also experience erections, which usually occur before urinating. Meanwhile, newborn testicles are often difficult to feel, this is because the muscles that attach to the testicles are quickly inserted into the groin when the genital area is touched or due to cold air.

Newborns will lose hair
At birth, all the baby's skin is covered with fine hairs, called lanugo. The hair will fall slowly, so it is often not done. Lanugo will really disappear soon.

Newborns have the first green-black feces
The baby's first feces consist of a dark, sticky substance called meconium. The first feces of a baby are produced by a newborn in the first two days of his life. Do not worry if the color is dark green black. Over time, the dark green color of the meconium will turn greenish brown, then it will turn yellow with a denser texture.
Facebook Twitter Telegram